Ahead of the Christmas holidays, here’s an update of some of my recent activities as Haslemere’s Surrey County Councillor.

You may be interested to read my full statement here regarding Surrey County Council’s budget crisis. The Haslemere Herald led with an article on this subject last week: Funding cuts could cause council tax to rise by 18 per cent

Attended opening of the new car park deck at Haslemere train station.  The new carpark deck at the station is just one element in a wider scheme to improve Haslemere station and its environs.  This is a strategic initiative designed to promote the town and the enjoyment of its beautiful surrounding countryside, in the context of the 1.4 million passenger journeys made each year through the station.  South West Trains, SCC and the recently created Haslemere Community Rail Partnership are the lead partners in this project, which has already received a national ACORP award for its innovative approach. Attended award presentation with Ken Griffiths of Haslemere Events.

Ken Griffiths (Haslemere Events) and me with the Award certificate

Key features of the improvement include the new cycle hub at the station for 120 bikes, together with forecourt works to upgrade access for pedestrians and bus users.  In addition, the vacant station shop has been renovated to create a community Visitor Information hub and Rail Partnership has secured funding for it to have a member of staff who will coordinate a team of volunteer travel and visitor ambassadors.  New maps and signage will be installed to help arriving visitors to the town and there is to be new planting both on the platforms and on the station approaches.  I am currently working with Surrey Highways on both the installation of a proposed cantilevered bus shelter in the current bus layover (which will provide a new pick-up and drop-off point to reduce forecourt congestion) and on the relocation of the current ‘caged’ bus stop opposite the station to a safer position. (Read here an earlier update where resident feedback helped inform forecourt changes.) 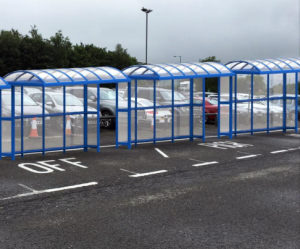 Example of Design for Cantilevered Bus Shelter. Final version to be agreed.

This holistic joined-up approach to improving the station would not have been possible without the energy, enthusiasm and financial contributions of the numerous partners of the Haslemere Community Rail Partnership, which I have the privilege to chair.  Founding partners are South West Trains, Surrey County Council, Haslemere Town Council, South Downs National Park, Haslemere Visitor Information Centre, Haslemere Fringe, Haslemere Museum, the Haslemere Society and Haslemere Vision.  Most recently, the partnership has been joined by The Station House hotel and we look forward to welcoming other new members in due course. 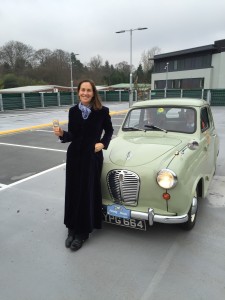 Local residents requested my support to challenge the blocking of the pedestrian right of way from the High Street to College Hill.  In this process I liaised with SCC Highways and the legal team.  The decision came up at the Waverley Local Area Committee (see here) and it was decided unanimously to apply for a Map Modification Order (MMO) to formalise this public footpath by right of long continuous usage by the community. Haslemere Herald article: ‘Alley war’ will be determined after public inquiry

I attended the public inquiry on 30th November and  1st December 2016. The Government Inspector has approved the MMO.  You can read the Inspector’s decision footpath here.  The developers that have blocked the path, Peter Warner and Hamish Robbie, have 6 weeks from the publication of the decision to appeal.  I hear from many residents that they are very happy with this outcome.

Following requests from local residents and businesses I secured Waverley Local Committee funding for a pedestrian crossing at the top of Weyhill. More here.  Working with the Highways team, we successfully addressed some concerns of local residents. I have received positive feedback. 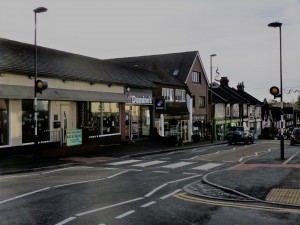 Attended opening of the fantastic new school library, an inspiring space for young people to learn and read. 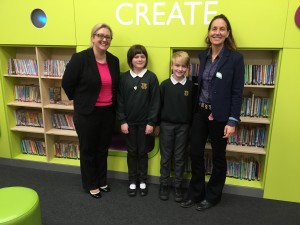 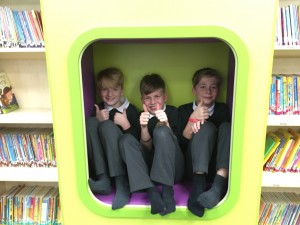 I supported this project with an £800 award from my members allocation (more information here re . members’ allocation awards).

Attended the opening of Undershaw at Hindhead, the new Stepping Stones school premises in the renovated home of Sir Conan Doyle. 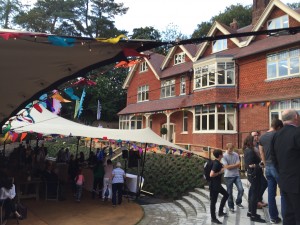 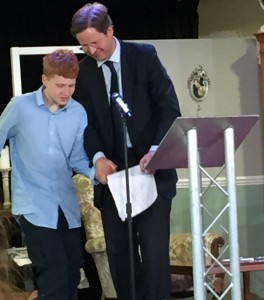 I supported the planning application for Undershaw on the grounds that Stepping Stones provides a vital educational resource for Surrey students.

I am working with the SCC Education team to explore further collaborative opportunities with Stepping Stones for 19-25 year olds with learning difficulties going forward.

I have secured the following funding for road repairs locally.

We are waiting for confirmation of 2017/ 2018 budget for highways maintenance.

Due to budgetary pressures, assessment of local grit bin requirements are being carried out.  Grit bins will only be removed from the network if they are broken. Each bin has been assessed based on its location and as agreed by local members a bin scoring over 100 points will be automatically replaced, any location score under 100 will be referred to the Local Area Team and Local member for them to review to see if they would want to fund a replacement. Once informed that a grit bin is broken and scores under the required score for replacement we wait until the end of the winter period to remove the grit bin, so that any salt in the bin can be used.

Other work in progress

Following requests from Shottermill Infant and Junior schools governing bodies, secured SCC funding for a pedestrian crossing on Lion Lane opposite Shottermill Infant School.  The design work has been completed and the crossing is planned for Spring 2017.

Speeds continue to be a key concern, there have been 2 tragic deaths, and one seriously injured pedestrian over the past year on Haslemere’s streets.  The 2016 Waverley Health Profile highlights that deaths and serious injuries on Waverley’s roads are significantly worse than the English average (for all other indicators of health and well-being Waverley scored better than the England average).  I made a statement at Full Council, Dec 2016 calling on the Cabinet Member for Highways, John Furey for SCC to take action to address this issue. See my question here.

I have held discussions with residents, SCC Highways and parking teams about traffic speeds and pedestrian safety in various locations around town including:

Agreement with SCC Highways to nominate Haslemere High Street as the key priority for repair under Project Horizon programme for pavement works 2017/18.

A section of pavement running alongside the station car park is cracking and subsiding. Met with SCC and South West Trains (SWT) engineers – agreed that damage is linked to car park construction works so that SWT will repair.

Met with residents in Critchmere experiencing regular flooding due to drainage issues following local development.  Extensive works required and agreed with SCC and the developer to resolve the problem.

As part of the Surrey Transport Plan, a Surrey Cycling Strategy was established in 2013, with Local Committees to oversee development of Local Cycling Plans.  My concern is that while the policy states as its aim “more people cycling, more safely” there are no targets for is no dedicated Surrey CC budget for cycle improvements or targets.

Some of the other local and county meetings attended

Waverley Local Committee and Full Council, and Economic Prosperity, Environment and Highways Board. 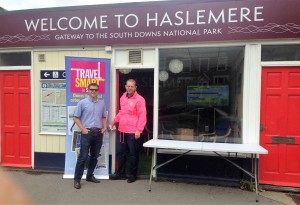 Attended sports awards evening, celebrating the achievements of the many highly talented athletes and all the coaches and volunteers that give their time and energy to support the many sports clubs in Haslemere. 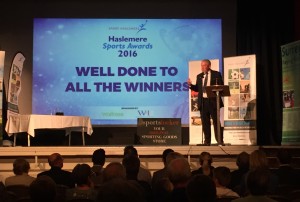 Attended an excellent Waverley Ensemble concert at St Christopher’s Church. The Waverley Ensemble is a group of 8 professional string and keyboard players based in and around the Haslemere area. The next concert is on 11th March.